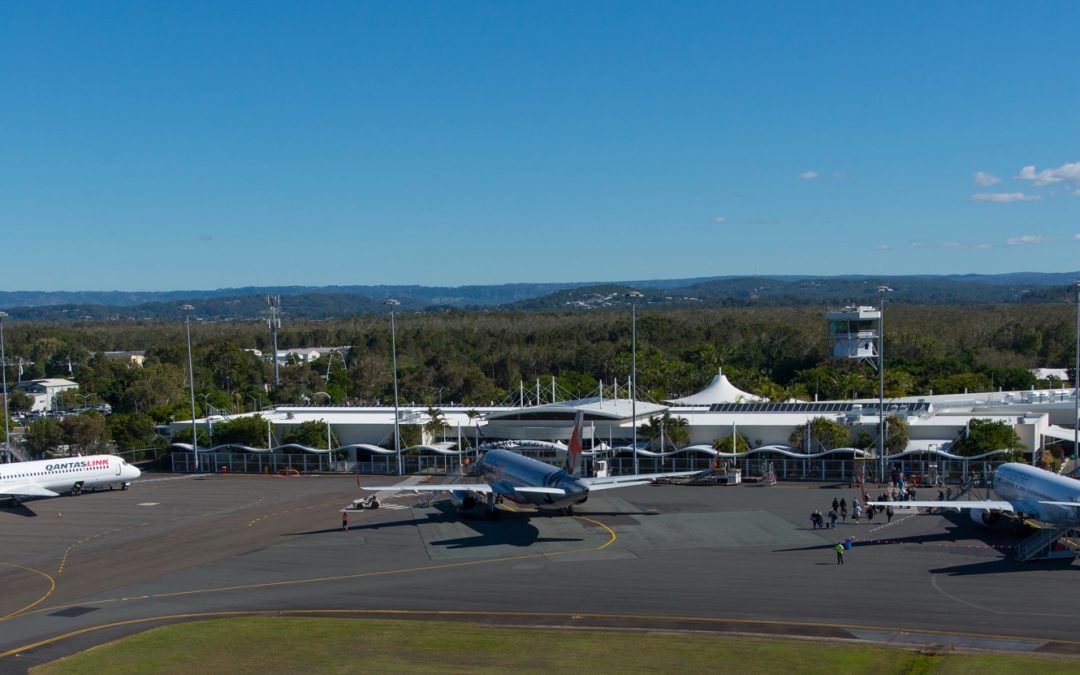 Sunshine Coast Airport has recorded its highest ever passenger numbers with over 310,000 passengers flying in and out of the airport in the three months ended February 2018, a 15% increase on the previous year.

Maintaining its position as the fastest growing airport in the country, the airport’s passenger number and airline capacity records were broken each month over the summer season.

“We have now experienced 33 months of consecutive month on month, year on year passenger growth, which is an incredible achievement,” Mr Pallot said.

“All of our carriers have been investing in the Sunshine Coast and our strong load factors over the last twelve months are evidence of the ongoing passenger demand for services direct to our destination.

“The summer’s performance was particularly strong.

“In the month of December we achieved more than 100,000 passengers, and in January we set an all-time passenger record of 120,075, a 16% increase on the previous year.

“Whilst February is normally a softer month, this year we experienced a whopping 16% growth in seat capacity which was matched by a 16% increase in passenger numbers.”

The period’s growth was spread across the Sydney, Melbourne and Adelaide routes flown by Jetstar, Qantas and Virgin Australia.

“The Sunshine Coast – Auckland services have been a great success and we are delighted the seventh season will be commencing in just a few months time with 15% more seats available,” he said.

Visit Sunshine Coast CEO, Simon Latchford, said that there was massive potential to grow visitor numbers from Asia Pacific markets to the region.

“The latest International Visitor Survey showed that we recorded our largest ever international arrivals figure, with the Sunshine Coast attracting over 300,000 international visitors in the 2017 year,” said Mr Latchford.

“We believe that with the diversity of attractions – from our stunning beaches and rich Hinterland through to world class-restaurants and tourist attractions – we have the capacity to grow the market significantly higher, especially following the completion of the new Sunshine Coast Airport runway.”