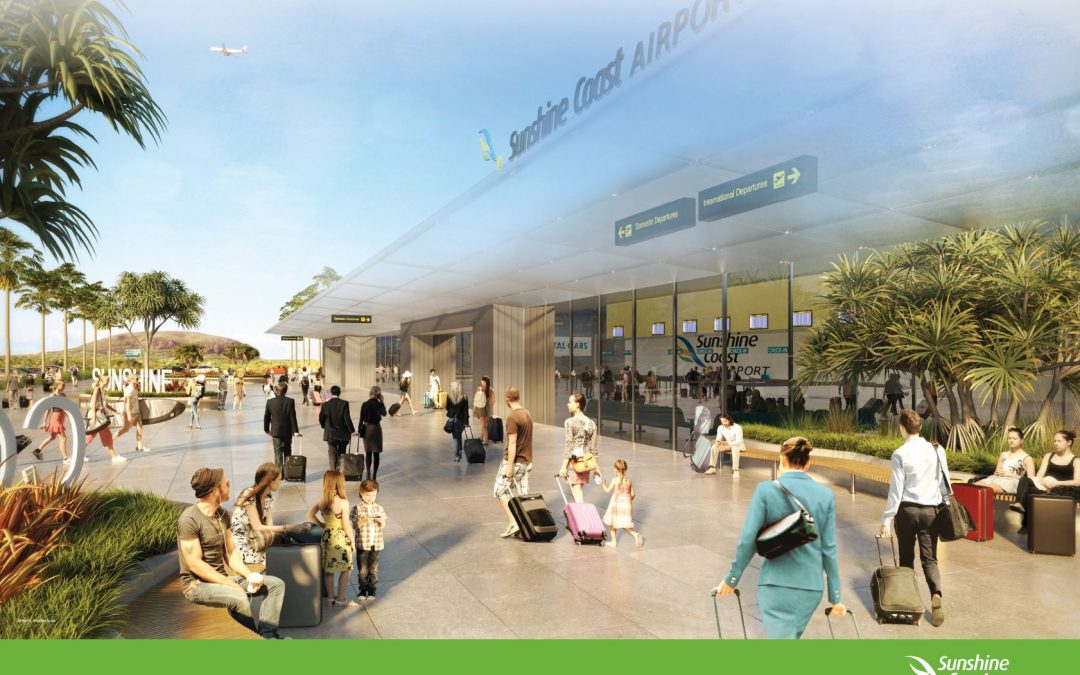 Sunshine Coast Airport has delivered its Draft Master Plan document charting the planned evolution of the airport over the next two decades and beyond.

The release of the draft Sunshine Coast Airport Master Plan 2040 will now be followed by a 50-business day community engagement period, from Thursday 30 May to 5.00pm, Friday 9 August 2019.

The SCAEP will deliver one of the Sunshine Coast’s most significant transport, tourism and economic infrastructure assets, adding $4.1 billion to Gross Regional Product between 2020–2040, and opening-up new direct destinations in Australia, the Pacific and Asia to benefit Sunshine Coast residents and visitors.

The ‘game changing’ plan will:

The Draft Master Plan outlines that Sunshine Coast Airport will operate with the one runway – runway 13/31 – following its inauguration at the end of 2020.

With the new runway in operation, the existing runway will be fully de-commissioned.

Sunshine Coast Council, which is responsible for delivering the new runway, announced late last year that the southern section (approximately 1,000 metres) of the existing runway 18/36 would be permanently closed and re-purposed as a taxiway providing access to the southern apron. This is because the tails of larger, wider-bodied aircraft (referred to as Code E aircraft) that fly to international destinations beyond Auckland would impede the safe operation of the new runway.

An additional 800 metre runway 18/36 was contemplated north of the new runway 13/31, but expert advice commissioned by Sunshine Coast Airport has recommended against the proposed runway because of significant safety concerns due to alignment and converging runway issues.

The Draft Master Plan document can be viewed or downloaded from the Airport’s website.

All submissions received during this period will be considered and addressed in the development of the Draft Master Plan that will then be submitted to Sunshine Coast Council for consideration and approval.

“A vast amount of work has gone into producing the Draft Master Plan and it follows extensive consultations with airport tenants, local stakeholders and experts to ensure that we have an airport that can cater for the dynamic growth expected across the region, while also being one of the most efficient and safe regional airports in the country.

“We understand the airport is important to our community and Sunshine Coast Airport not only welcomes, but encourages, feedback from across the community. The purpose of the 50-business day community engagement period is to ensure that our community has a chance to participate in the process and have their views considered in the development of the final Draft Master Plan we deliver to Council.

“With the delivery of the new runway at the end of next year there are some immediate priorities to ensure that the airport is fully prepared to meet the new demands, but equally we have outlined plans that look to 2040 and beyond.

“They include land-use priorities to ensure that we have space for developments such as light railway and increased freight handling facilities. Being able to fill the holds of passenger jets with freight will be a major bonus for local industries that rely on getting produce and products to markets quickly.

“The current runway dates back to 1983, and the aviation world has changed dramatically in the subsequent 36 years. The Draft Master Plan will ensure we have the facilities and capacity to meet the massive opportunities that are likely to emerge as a result of the $347 million investment in the Sunshine Coast Airport Expansion Project.

“The release of the Draft Master Plan comes at an exciting time for Sunshine Coast’s future development. The launch of the new runway will coincide with other exciting infrastructure projects including the new Maroochydore town centre, the submarine broadband cable, new housing estates, and development of new hotels and convention venues.

“It will also encourage more national businesses to establish on the Sunshine Coast, which will provide greater long-term job and career opportunities for local residents.

“We also believe it will stimulate service industries such as health and education, with the Sunshine Coast well placed to grow its market for international students.

“I have no doubt that the evolution of the airport will prove a game changer for the Sunshine Coast, its economy and the community.

To find out more about the Sunshine Coast Airport Master Plan 2040 document, or to have your say: